Some people think that learning is confined to formal school work but this is not the case at all. Learning requires enrichment and exposuring, the process of “acquiring through action”. While schools offer different types of field trips-like to the Science Centre of the AGO-you can take your family on a fun adventure together.

Inspiration Learning Centre has been serving Canadians for over 20 years. This is in addition to the countless years of experience that our network brings to the table, with all of the education consultants being parents as well. Everything here is located within an hours drive of Toronto, with public transit offered across the city. If you are coming downtown-where some attractions are situated-it is better to come by Subway. This is due to the difficulty in finding a parking spot and the congestion in the urban core. 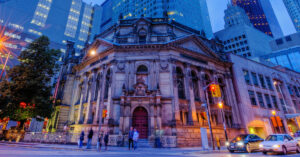 This is among my favourite museums in Toronto, giving me plenty of reasons to put this at the top of the list. While many kids complained about going to Sunday School, everyone looked forward to Saturday Night Hockey, when our Toronto Maple Leafs squared off against the Canadians or another rival. While my childhood was several decades ago, young fans are still obsessed with our national winter sport, dreaming of one day sporting the famous blue-and-white jersey. You will see a variety of exhibits, taking you on a time machine journey from the late 19th century all the way to today. In fact, you will even see the Stanley Cup, the famous prize awarded to the yearly playoff winner. The building was once a Bank of Montreal branch and is now the vault for everything hockey related, providing a glimpse into the cultural underpinnings of our great country. 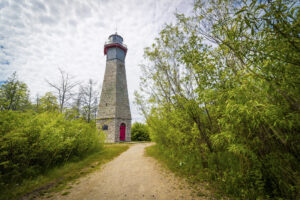 Did you know that Toronto has our very own set of Islands? This is a great place to walk, bike, or even learn some local history. The area was once populated primarily by Anishinabe First Nations, developing into a meeting place for all nations. In my opinion, this is one of the best things to do in Toronto. At Centre Island you will see their amusement park and children’s farm, full of pigs, ponies and other lovable creatures. The rides are for little children, perhaps under the age of 8 or so. Everything is cute and quaint, causing you to forget that you are so close to the hustle and bustle of Yonge Street. During the summer months, grab a swim suit and head to one of the best beaches in Toronto. Each island has a different backdrop, some facing the city and others facing New York State. There is a famous lighthouse there, holding a sad story, full of secrets. They say that it is still haunted by the last lighthouse attendee. Known as Gibraltar Point Lighthouse, it was built in 1808 and is one of the city’s oldest structures. In order to get here, go to Jack Layton Terminal at the foot of Bay Street. The ride takes about 10 minutes or so. 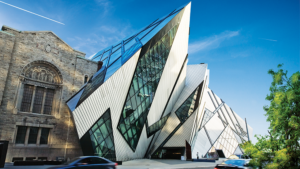 This is Canada’s best Museum and this includes everything in the Ottawa Capital Region. It was established back in 1912, the same year that the Titanic went down. With three floors-and many exhibit halls-this is a first rate museum, on par with London or Paris. The collection is multifaceted and brilliant, offering a selection on (almost) every culture, religion, language, and movement. There is quite a bit of Canadian material, connecting the First Nations heritage with the Canadian experience. While there used to be a planetarium next door, it had been removed by 2008. You can see presentations on mummies, Islamic Art, Chinese clothing and more! The staff are friendly and knowledgeable, eager to accommodate special needs and children of all ages. You will need to get off the subway at the Museum stop, which is decorated in the same theme. Tickets are fairly reasonable but need to be purchased for a specific time-frame. While this was never the case before, this policy came into use during Covid. While that lockdowns are in the rearview mirror, they have kept this system in order to ensure efficiency and staffing.