Using The World Cup To Teach History, Geography and Sport

In case you didn’t catch it, Canada made its first appearance at the World Cup in over 30 years. While Canada is not known as a soccer country, we have developed a strong “farm-system” which helps athletes develop before they hit the major leagues, either in Canada or abroad. While we may have made the competition by a fluke this time, we are set to square off again when it comes home to North America. This is not due to our skill but (instead) our identity as a hosting nation. While we may not have to compete for a spot in 2026, the country is eager to demonstrate our strength on home field.

While some of the countries are large and well known, others are obscure and less famous. This is a great time to discuss things with your children, helping them develop their knowledge reserves for future use. In other words, contextual information will add depth to their writing, school assignments and conversation! 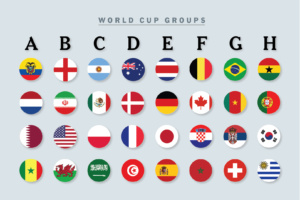 Let’s try an example together.

Out of the four remaining teams (as of writing, December 12th 2022) Croatia is the most obscure to most fans. However, many are taking an interest due to their strong performance on the field.

Questions For Parents To Ask

Even if you do not know the answer to a question, you can still pose it and suggest looking it up together. This is a great opportunity for family bonding and growth. Each question can serve as a tangent in of itself, giving a pathway to further knowledge. Make sure that the questions are connected to each other, ensuring that everything is relevant and applicable to the topic at hand.

One great way to learn about a topic is by comparing it to something else, noting the similarities and differences. Not only do you learn about each topic but you develop a sense of how they come together.

How We Can Help

Maybe you enjoy watching the matches but lack the knowledge needed to complete the exercises above. In this circumstance, feel free to give us a phone call and we can arrange a free trial session. You can do the coursework with your child, amazed at how effectively they can retain information. Like you we are parents too, seeing to give our children the best opportunities in education and enrichment. While the world can seem overwhelming and complicated to young minds, we work together to make information accessible and fun to learn. Sometimes you just need a little Inspiration!