What is Canadian culture?

What makes it unique and interesting?

How can we be united while we all come from such different countries,histories and religions?

Canada is a fairly new country, established in 1867 as a confederation of former European colonies. While there were indigenous groups dwelling on these lands for aeons, they were (unfortunately) left out from much of the nation building. The Canada of the 21st century is predicated on diversity and inclusion, ensuring that everyone feels “welcome at the table”. In other words, whether you were here from “day one” or are coming tomorrow, everyone is equal.

Rather than diversity being a detriment to a team’s cohesion, diversity is a strength in every sense of the world. It allows you to generate unique opinions and ideas, allowing you to serve the needs of an increasingly diverse community. In other words, diversity has real tangible benefits for any enterprise, broadening both their scope and ability.

The Ontario Government has been giving out awards for some years now, recognizing community members that go “over and beyond”. Inspiration Learning Centre is proud to be the 2019 recipient of this prize, one of the pinnacles of our roster of achievements. Recommended by a plurality of stakeholders, this award epitomises what it means to be Canadian. Inspiration is proud of all of our educators, managers and partners. Even after working together for so many years, we are still amazed by the things that we learn from each other. From Chinese New Year to Hanuka to Christmas, we have learned to support each other “inside and outside the classroom”. 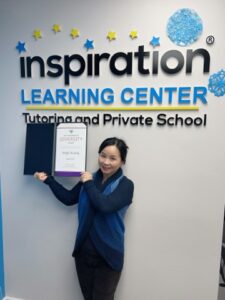 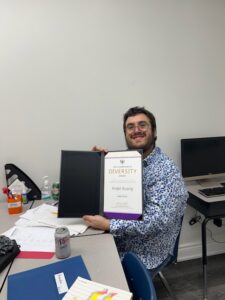 It is more than just exchanging greetings and learning about each other’s culture. It is about learning to think from alternative worldviews, attacking problems from an alternative vantage point. This is especially useful in education where students “never fit the mould” and need to be treated as unique beings. This is best approached from a multidisciplinary lens, with diverse thinkers weighing in and offering opinions. Truly different from other networks, our school was recognized by the former head of the federal Green Party, Elizabeth May. She noticed how we prioritise the needs of minorities and other groups, giving everyone a pathway to success. In promoting female-minority leadership in Canada, Inspiration is a leader that begs to be emulated.

Leadership takes on a different form in Canada, with people leading as peers rather than through a strict hierarchy. This results in a more casual dress code, with people (generally) referring to each other using their first name (rather than Mr. Mrs). Egalitarianism is a focal point of our school, letting students know that we are walking alongside them. All of us have been through the Canadian education system, guiding newcomers with precision and experience. This is the attitude of our entire network, communicating with an air of equality and respect. This results in some interesting conversations, seeing how different views clash and come together. That process encourages critical thinking, resulting in brilliant (and sometimes unexpected) results.

This award will only inspire us to work harder, to dig deeper and realise the true potential of the Canadian Dream. We realise that the only way to succeed is for us all to succeed. Our future is filled with hope and possibilities, the chance to reach distant places and solve complex problems. Canadian education is about lifting every student up, encouraging them that they can be whatever they choose to be, regardless of where they come from.

As we expand our network across Canada, we take note of where we came from and how we got here.

Here’s to the next 20 years of Inspiration!

Newer Travelling as a Family
Back to list
Older Language Power