Are All Movies (or Shows) Made Equal?

Perhaps a better question is to ask how to decipher quality (from poor quality) media. This can be especially troubling if the parents are unfamiliar with the content, unable to “scan” the titles for something enriching for example when they use Netflix. This can often result in parents limiting choices, perhaps choosing documentaries on nature, history or so forth. Others may avoid modern shows altogether, remembering a time when movies were both wholesome and educational. This approach is too radical, and can limit exposure and enrichment.

One way is to look not so much at the content but what the film is trying to communicate. Consider a movie about a family stuck on a boat, having to work together in a troubling situation. While it may contain frightening scenes, it promotes family as a value in itself. In other words, if the children see a specific type of behavior modelled on the “big screen” then they will likely follow suit. This is also true for movies with poor messages, encouraging young people to rebel against their parents (for no good reason). This should not be conflated with independence, the healthy development of young people into adults. 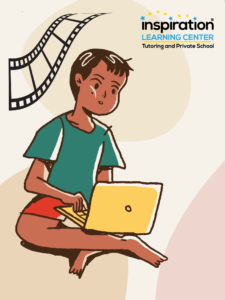 When exposing children to any form of media, be sure to familiarize yourself with the local grading system. Usually given a rating like “G or M or F ” they describe the type of material being presented, limiting the audience that is eligible to buy a ticket. Please be aware that this does not apply to all movies, with many digital alternatives not subject to the same standards. Furthermore, you can look online for parent reviews, which are quite different from the comments from the general public. Reason being, parents are viewing the view through a specific “lens”, looking for subject matter that may be deemed inappropriate. Examples of such context include (not are not limited to); nudity, adult content, illegal drug use, or excessive violence.

There are a large variety of different genres to explore, each stimulating a different area of the brain. While a fantasy-film may seem “counterproductive” to education, the exact opposite is true. Fantasy forces people to engage their creative faculties, suspending the view of reality for at least a short while. Consider the superhero franchises, each giving regular humans special powers. While we cannot fly (without machines) our dreams are ignited when we think about the possibility. In other words, it is not such much the content that determines the quality of the film, rather it is the effect that it has on the audience. If a movie is able to inspire the audience then it is successful in its own rite, even if it is never formally awarded.

Movie night is a fantastic way to spend time together, grabbing a snack and enjoying a film in the theatre, drive-in or even at home. Children will often have questions about the movie, even if they are simple and pragmatic. This moment presents a fascinating opportunity to bond with your children, relating to each other about something that you just shared. It can open up doors for everyone involved, creating strong family bonds. Visit our website for more blogs. 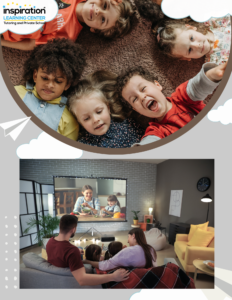 Newer Which Learning Center Is Best?
Back to list
Older Why Is Summer School So Vital (In Your Child’s Education Plan)?